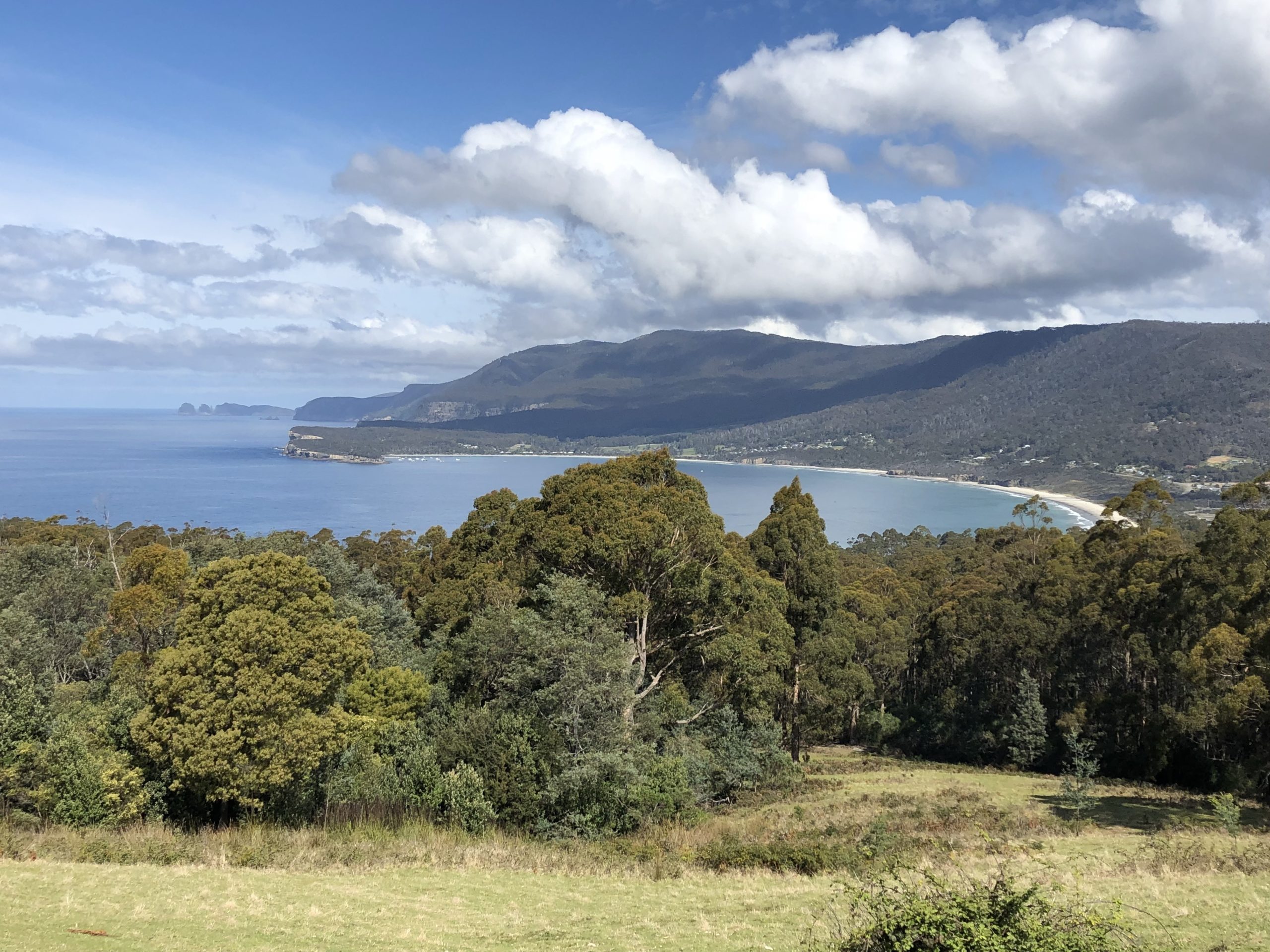 This is the first of hopefully many posts to come where I detail some of my stories about the year I spent in Australia. It’s taken me a bit to figure out how to put everything together in a way that makes sense to me and consequently will also make sense to others. I’m not sure I’ve gotten there just yet, but I’m going to stop overthinking the details and instead start writing things down on paper while they’re still mildly fresh. Hope you enjoy.

I’ve been trying to write a post now for a year+ and haven’t been able to get the words out. At about 2AM, about 2 months ago or so, I started to draft something. I think my memory, likely half-functioning due to, well, the 2AM-ness of 2AM, must have mistaken how much I had written, because I thought I had an entire draft finished. Instead, I opened up the draft today to find comically….this. A title and one extremely insightful sentence:

There’s an irony when you leave a place because you were never quite satisfied with your life there. And then, oddly enough, after escaping for a year, you end up back there again. But this time, instead of living there for a couple of years tops, you’re now there for the unforeseeable future.

If I didn’t make it clear enough in my last blogpost, I had extremely mixed feelings about my years living in New York. I’m not going to dwell on that this time around, but try to fill in the gaps between then and how I ended up moving back. If you’re looking for this and my subsequent blogposts to be about a self-fulfilling trip I had, where I found myself, and have changed to become the person I always wanted to become…you’re not going to get that. But, hopefully I can tell one or two good stories about the bright points (and the shit points) of what was a fantastic year, how I met some pretty-fantastic people along the way, and how I realized that New York is likely where I should be.

First off, I left the country as a personal-challenge to myself. I wanted to see what would happen when I put myself in an area of the world where I didn’t know anyone. I often felt when I was living in New York that I wasn’t good at meeting new people, so I went to a place where I had no lifelong connections, no memories, just a suitcase and a backpack, to see if I could do just that. Yes, it is a little bit weird, and when I tell people why I left, I usually get a few eyebrows raised. I often get a response saying, “you really had to go all the way to Australia to do that?”. Well no, I guess I didn’t. But, that’s what I decided to do. Maybe it is weird, but that’s what happened.

So, with a suitcase and a backpack, I landed myself in the Sydney-suburb called Surry Hills. The house I lived in was owned by a couple, a soon-to-retire writer for a local newspaper, and an ex-chef who had previously owned an Indonesian restaurant in Sydney, and now spent her days caring for the house and cooking almost any-type of home-cooked Asian food one could imagine. I spent my first couple of months going on morning runs to Sydney Harbour, basking in Surry Hills coffee (shout-out to Single O) before work, and coming home to the smells of delicious spice, of which I had to quite-often holdback my tastebuds to stop the longterm affects of an overly-full stomach.

In addition, I started a job at an Australian-company that taught programming courses. I wasn’t quite sure what to expect from this new job, and to be honest, I was quite surprised they hired me. I had interviewed over video chat while on the road in various consulting-hotel rooms, sent reference letters, and suddenly they became my ticket to Australia. I vividly remember one of my first experiences at work, where we were running a program for primary and high school children in a small town of ~7,000 in rural New South Wales (NSW). I had driven down with a coworker from Sydney earlier that day (where she endured my music preferences, which I’m more and more finding out are an acquired taste), and was eating with her and my boss in the local RSL club. For those who do not know, RSL stands for “Returned and Services League”, and RSL clubs are local venues, specifically designed for ex-service men and women, where one can go and do what a human is designed to do best – eat, drink and gamble. It’s also the only place open past-7PM for dinner on a Sunday night in rural NSW. And, after getting back from dinner to the small motel we were staying at, I think I looked at myself in the mirror and had my first “WTF am I doing here” moment.

But, I hadn’t flown almost 10,000 miles across the world to lose my sanity in rural NSW. No, if I was going to lose it, I was going to go somewhere far more remote. And that I did, when I decided to hire a car about one month later, and drive alone up the east coast of Tasmania. Tasmania is one of the six states of Australia, and it’s a tiny island off of the southeastern coast. Most people know Tasmania due to a dim-witted cartoon character who runs around in a self-made tornado. Well, the real Tasmanian devils are frankly just as cute.

I had spent a long day driving from the capital of Tasmania, Hobart, up the east-coast of the island and around the Tasman peninsula. My destination for the day was Coles Bay, a small town on the top of Freycinet National Park, where I was planning to solo-hike the following day. I really wanted to make it to my destination prior to the sun setting, because as any Aussie knows, driving in rural areas is unsafe at night for one main reason – kangaroos. Kangaroos are fast, and you’d rather see one on your side in a petting zoo than on the side of your car. But, about an hour from my destination, with the sun ready to set, I was hungry. So I pulled up to a random pub in the middle of nowhere Tasmania and decided to try my hand at getting some fish & chips.

I should’ve known immediately that I was not welcome here, and I didn’t do much to make myself blend-in with the Saturday-night small-town pub crowd. I walked in with a sweatshirt from my home university, my nasally American accent, and when I attempted to order at the counter, was immediately cutoff from fried-food salvation by a man with beer in his breath that told me they weren’t serving any food tonight. In retaliation, I decided to point at the couple situated next to us at the bar who had just been served a big-juicy burger, and asked my opponent, “if I can’t order any food, then how did that burger end up at this pub?” To no one’s surprise, he got closer, so close I could smell a mix of cheap Carlton Draught and darts on his tongue, and repeated to tell me that there was no food to be sold. And I, sucking in my pride, called it a day, and left. An hour later, I had made it to my AirBnb, dodging kangaroos along the road. I arrived late at night, tired and in a far-off place. I felt lonely, hungry and decided to do what anyone does in this situation. I PTFO’d. The next morning I decided to take a walk outside and get my bearings, and realized I had come to one of the most gorgeous places in the world I would likely ever be.

When I returned to Sydney after this trip, about the time I had been in Australia for two months, I felt a little bit more comfortable with being uncomfortable. There was something that happened that night in Coles Bay, from going to bed in complete loneliness, and then waking up in this place that I felt I could only treasure alone, that changed my perception of what I wanted to shape my Australian experience to be. I realized that what I had to learn was not how to make myself more appealing to other people, but instead, I needed to learn how to live with myself.

I’m going to stop there for now, mostly due to the eyes I’m getting from the other side of the couch, and the fact that I’m leaving early tomorrow to head back-up to New York and it’s past midnight. My goal is to write a new story about my travel experiences each month, and true to the normal theme of this blog, the next one will have more of an engineering-tinge.