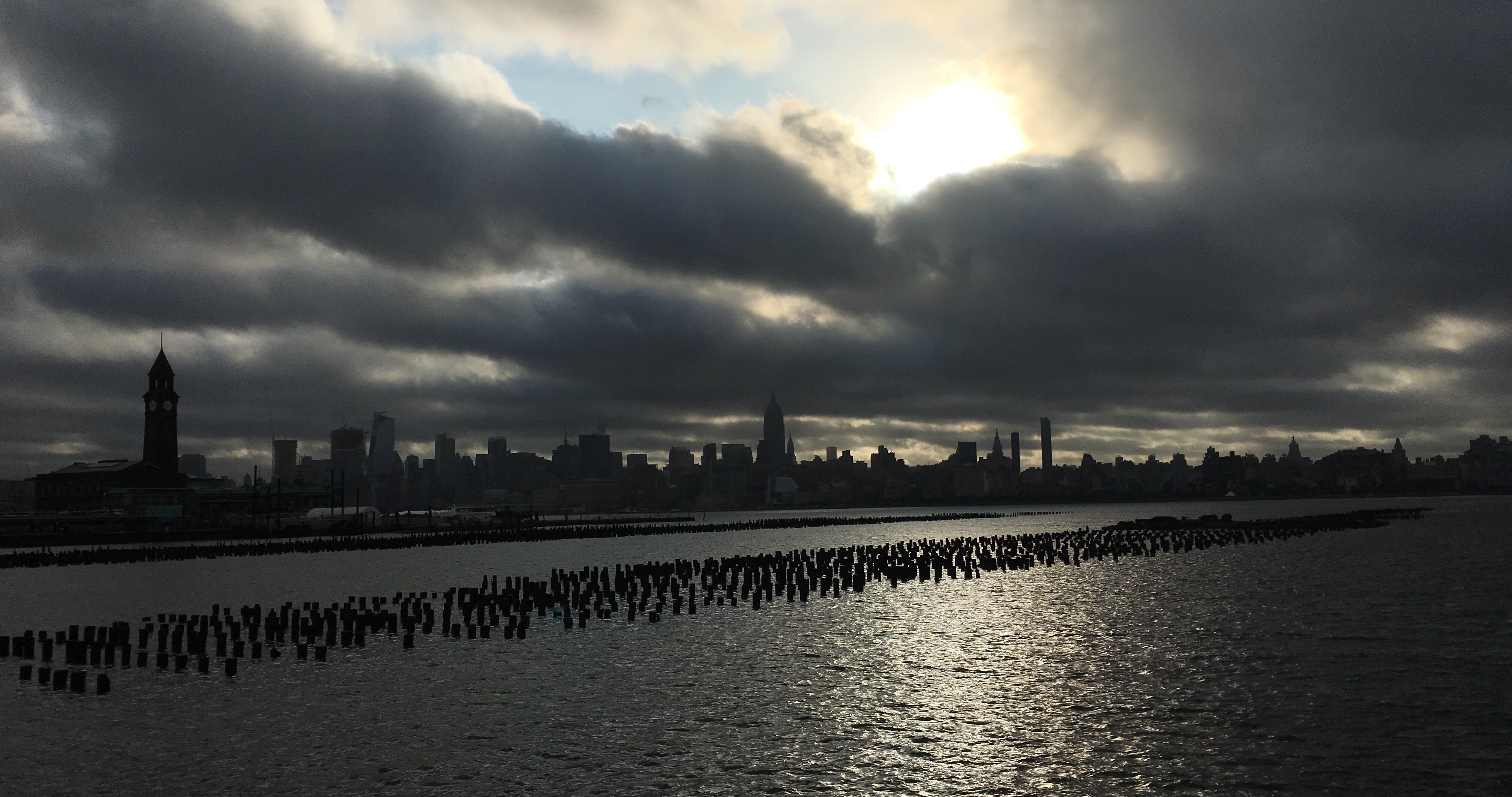 I wrote this quickly this past Thursday night after collecting some thoughts.  Thanks Agastya for the read through to make sure my 1AM storytelling would make sense by 9AM as well…

I was never sure that I’d leave New York. Ironically, I was never sure if I would like New York. When I was young, I never thought I would want to live in New York.  My mom, attempting to keep my brother and me like the North Jersey/New York family we came from, acclimated us more to New York than Philadelphia.  Thus, New York was not necessarily a novel place to go. But now, I’ve lived in New York, I’ve started to like New York, and I am leaving New York.

I’m not sure if two years was really enough in New York.  If you’ve ever met someone from New York, they’re likely to tell you that you need more than two years to experience “the city”.  They are likely to tell you about the new restaurant they went to, the concerts they saw, their rent, the $15 cocktail they bought last Friday (even if that cocktail turned out to be a $4 beer with chili powder on top), brunch and brunch, a park, a museum.

Though I taunt, it is true, there is a lot to do in New York, and I, for one, have enjoyed many of these things.  I will always choose a $9 omelette over a $20 brunch, but I will go to a museum, a new restaurant, and I, unfortunately, have paid close to $15 for a beer with chili powder on top.  I’ve tried to keep up with New York as it has changed, and in turn it has changed me.  I’m not sure if New York will ever be mine, or I will really be someone that fits into it.  New York is hard to keep up with.  It’s hard to keep up with a place that will forever be more than us.

Back in March, I took a two week getaway from New York to China.  The trip was a sequel to a previous venture to Japan last September, with college friends from DC.  It was a last hurrah before the two-year post-college mark hit, a time that is known for a change-of-pace for young adults trying to become more of themselves.

I did not originally intend to go to China.  My original intention was to take brief solo excursion to southeast Asia, full of pho and Kao Soi, palm trees, and the opportunity to instagram an elephant.  I’m not sure why, but I’ve always felt that part of the reason to go to southeast Asia was to instagram an elephant.  But, DC wanted to go to China, and it is hard to pass-up on the remaining opportunities we have to spend time with good people.  We hopped from the hutongs of Beijing, missed a train to Shanghai, made a train to Shanghai, flew to Hong Kong, and then toured Taipei.  It was a necessary excursion, filled with street eats, multi-colored concoctions of alcohol that I fail to remember, and some missteps, with opportunities to recover and learn from each other.

One thing about living in New York is that it heightens your expectation of what another city should be.  It’s now been an unfortunate many-a-time where I’ve walked through another place in the world late at night, and asked, where are the people, the open bars and restaurants?  What do people do here? How do people live here?

And thus, I fell in love with Hong Kong.  Hong Kong feels like New York, as you walk out in Tsim Sha Tsui and there are people, eating ice cream and egg waffles, expats at counters bordering Kowloon Park, standing on the shoreline of Victoria Harbour, watching the animated skyline fill the night.  Or at Victoria Peak, which we, as any newcomers must, hiked up on our first day in Hong Kong.  Though steep, it is not a long hike up Victoria Peak.  Taking the escalators from Central, it is a 30 minute or so climb to the top, relatively easy to find within the daylight.  Once we were at the top, we took in the normal skyline from the Lion’s Pavilion, then continued on the trail bordering the peak gardens, getting a glorious view of Lamma Island in the south.

Both of my DC friends are very into film photography, and any film photographer would be remiss without the opportunity to photograph the Lion’s Pavilion at sunset.  So one evening, my friend decided to take his own hike up to the peak and take photographs.  I decided I would meet him there, but take a slightly random route, winding myself through Wan Chai, walking up a few pathways until reaching Peak Rd, and then making my way slowly around to Lion’s Pavilion.

As it turns out, Peak Rd is not exactly walkable – it’s a small highway, bordered on one side by a cliff up to the top of the peak, and the other side a guardrail.  There are no lights, except for the cars passing by.  Thus, late at night, this is not the ideal place for your 24-year-old white boy with zero knowledge of Cantonese.  I finally found a spot where I could sit on the guardrail and get my bearings, next to a man taking pictures of the city at night.  More importantly, this man had already called a taxi.  After a bit of persuasion and niceties, he offered to give me a ride down to the main city.

We continued our conversation within the taxi.  The man was from Mumbai.  He had gone to boarding school, undergraduate, and business school within the US, hoping to eventually and run his own private equity firm in India.  Ironically, he had first travelled to Hong Kong 20 years beforehand, as a consultant right out of school.  He told me about his younger years, basking in the novelties of going to a new bustling city, experiencing his own forays into the corporate world, and spending long hours on his clients’ whim.  It was good, he said, until, he realized 4-5 years into the experience that though his pay was more than sufficient, and his life was exciting to any outsider, he had lost touch with his original goals.  He then quit, and started his own private equity shop in Mumbai, something he’s been doing ever since.  It was his first time back in Hong Kong for years, and he was enjoying basking in the skylights.

We parted ways in Central, and I eventually found my friends.  As someone who had gone to school for an engineering degree, departed briefly into consulting, it felt a little like gods-play to meet this man.  I’ve always known that my consulting career would not be permanent, and I knew I had to pivot.  Unlike this man though, I was unsure about what my next step would be and with different pathways ahead of me, I was trying to measure the likelihood of which move would bring some gratification in my life.  Not the immediate gratification of a happy hour, or a good meal, but some longterm gratification such that 20 years from now I can look back and feel grateful for the opportunities I took…and what I did.

Random walks (not the type I took in WanChai) are actually widely studied in mathematics.  There’s a type of graph called a Markov Chain, and a Markov Chain has a bunch of dots, called nodes, and arrows pointing from one dot to another, called an edge.  The basic idea of a Markov Chain is, if I am standing on one node, there is a certain probability that I cross to each node next to me.  For example, on the graph below, there is a 70% chance I take a step towards node A, and a 30% chance I take a step towards node B.  A “random walk” would take place if I were to start on any node, and sort of take a step each second or so in the direction of another node, choosing my next node based upon the probability distribution on the node I am currently standing at.  Markov Chains are highly useful – they show up in Google’s search algorithm, computational genetics, and finance. 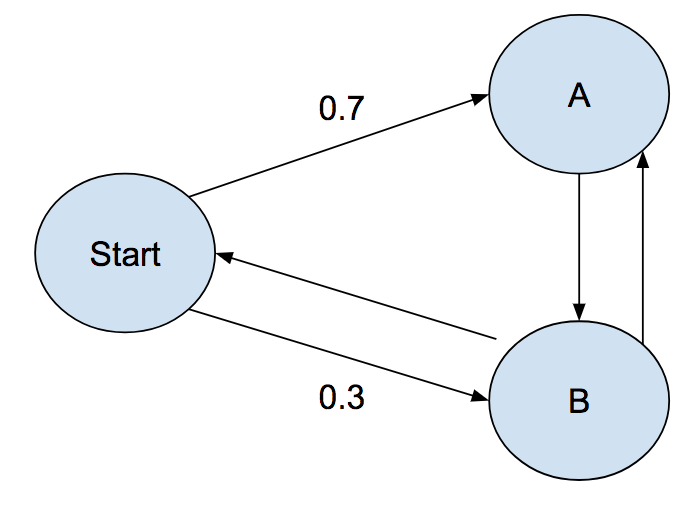 There’s a lot of pickles I was going through at that time, and none of them great (I’m not even a fan of the brine-covered kind).  I was approaching my own two year mark in New York, I had adjusted to the city and started to love how much I could do there, but at the same time I was scared of getting too comfortable.  There’s something different about having your own money to spend for the first time, and it pushes you to participate in activities – nice dinners, happy hours – that can cloud the reality that there’s no longterm goal one might have for themselves.  Complacency has always frightened me, and thus I’ve always been scared that I would too, settle into the job I had, life I was living, thinking that this is good enough…I can continue doing this for now.  But what if “for now” became five years, ten years, or twenty years down?

When I returned to New York, and parted ways with my friends, I returned with a little more urgency to find my next step, or two, and push things in a different direction, get back to what I’m more passionate about.  I’m not exactly sure how any of this will turn out in the long run – but without hindsight, that unknown will be the certainty I have to deal with.  Kind of like stepping into a Markov Chain, when one only knows the consequence of immediate steps, it’s hard to directly measure how each step you take gradually sums up.  But any finite Markov Chain will always have at least one stationary distribution.  And, our lives, as long we try to measure the choices in front of us in the hopes to find better, I believe, will converge to something satisfying.   For now, all it’s taken is setting my sights in one direction, and taking a single step.

So, on Sunday, I’m leaving New York.  I’m leaving my current job, and I’m leaving the immediate safety net I have known for 24 years.  Sometimes, with strong inertia pushing you back, one must make a big break forward.  Qui vivra verra… 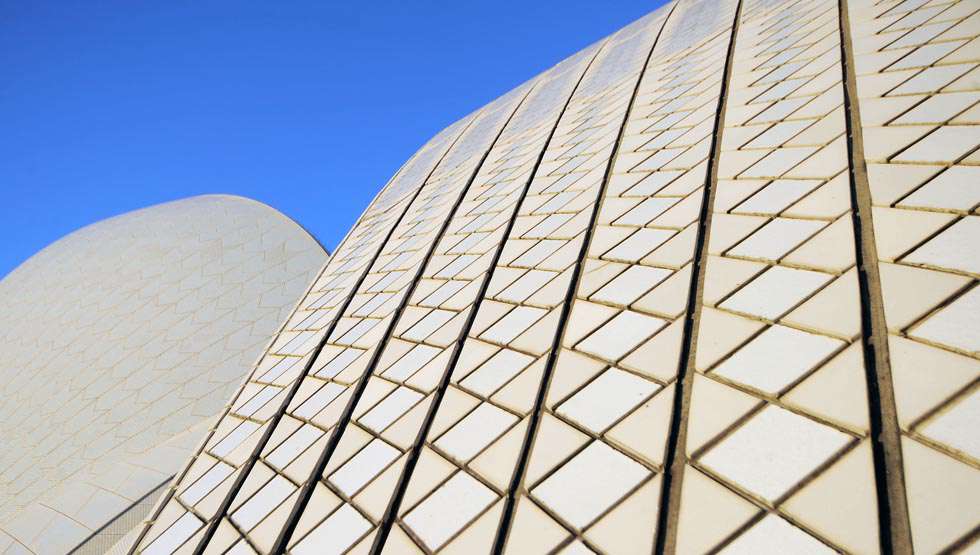