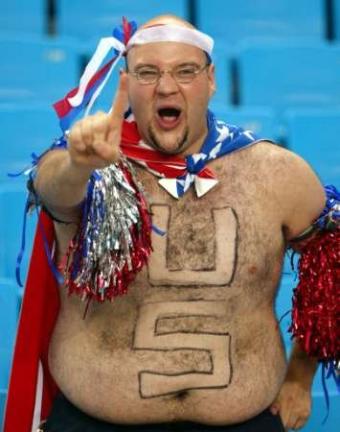 The winter Olympics have always seemed to be the ‘little brother’ in a way to its summer counterpart.  But this year, things seem to be playing out a little bit differently.  The buzz about Sochi has ranged from the extreme positive to the extreme negative; from new sports such as women’s ski jumping, to terrorist threats and protestors, the road to the Olympics has been bumpy.  But regardless, this Friday, all roads will converge to Sochi, and the 22nd Winter Olympic Games will begin.

But, as always, there’s another perspective of the olympics that we can look at.  And yes, it’s going to involve a little math.  But not too much.  The olympic games inherently are not about controversy, though world politics tend to have an effect.  The olympic games are about the 2,500+ athletes who will come together from all different corners of the globe to create a show for the next 2.5 weeks.  And in those 2.5 weeks, they will attempt to display some of the greatest and most spectacular qualities that the human body is capable of.  To you, this display has become known as sports.  To me, sports are simply the art of the human body to attempt to push itself against the laws of nature.  And in this art, there is quite a bit of physics involved.

Let me prove it to you with a few examples:

When a skier rides off a jump, there are two factors involved in his/her performance.  The first, is obviously the ability of the skier.  The second involves the aerodynamics of the skier’s skis and the position of his/her body weight.  Once off the jump, the skier will experience three forces: the force of gravity pulling the skier down, the lift force that keeps the skier in the air (due to the aerodynamic properties of the skis), and lastly, a drag force that pushes against the skier.  The skier’s job is to successfully manipulate these three forces in order to perform the desired trick.  And of course, this is no easy feat to do.  (if you’re interested in the math, you can look into it here)

So…if you’ve some how made it this far and don’t want to hit me (I really hope you don’t…), just realize that angular momentum depends upon the radius and the velocity (we can also say ‘speed’…engineers don’t kill me here) of the skater.  And it’s also good to note that no matter how the velocity and the radius change, the angular momentum must stay the same (also called conservation).  In other words, if the radius were to go down, the velocity would have to pick up, and vice-versa.  Therefore, when a skater pulls in his/her arms towards the body, the velocity picks up, and they spin faster.  As one’s arms are extended, the velocity slows down.  It’s actually a pretty cool thing, and you can get a simpler and clearer and probably nicer explanation here.

So…now that I’ve toyed with your brains enough…we’ll let the physics be.  Maybe I have given you a little more insight on what the athletes that will be competing have to contend with.  There’s a lot that’s going on throughout every second of competition that’s left unsaid.  No, I’m not asking you to think about it; I’m asking you to just realize that it is beautiful.  Physics creates a figure skater that puts on a graceful performance, and gives a skier the ability to defy gravity.  It allows the human body to create art and push itself past the boundaries that were given to it.

But come Friday, the physics won’t be what you’re looking at.  Your only job is to cheer, be amazed, and enjoy.  Whether it be for your country, your favorite athletes from around the world, or for the sake of countries coming together, attempting to forget their disagreements and compete side-by-side.  I’ll be cheering for the human condition, and for the beauty and art that the human body can create.